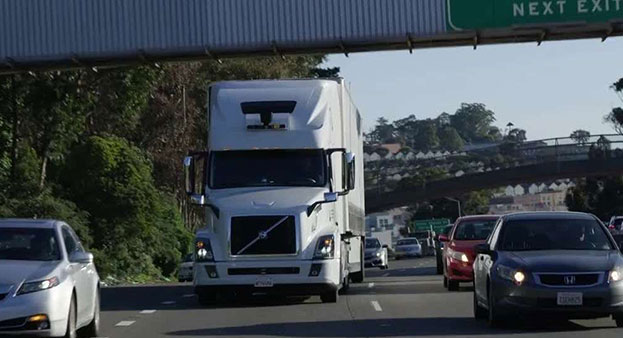 Uber’s Advanced Technologies Group has released a video of its latest autonomous heavy-duty truck design, shown operating on the streets of San Francisco.

The truck features new sensors and upgraded components, including a new spinning 64-channel lidar design, according to a report by TechCrunch. The new lidar (light detection and ranging) sensor design appears to be an off-the-shelf part and not designed in-house.

The 64-channel lidar design is a more advanced design than what was previously shown in demos and should provide better sensor data to the self-driving software.

Notably, Uber’s self-driving trucks no longer feature the Otto branding, which was retired in May and was consolidated under the Uber ATG business unit.