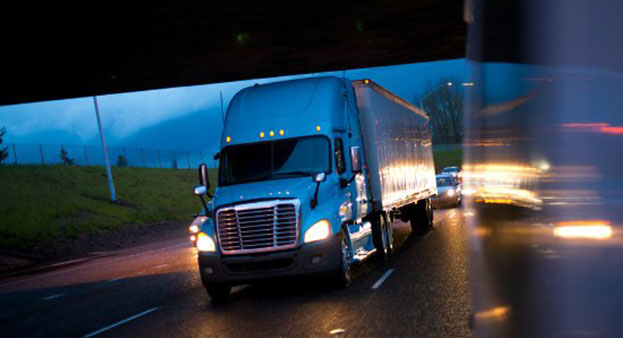 All this is causing uneven shipping patterns and volumes that vary month-to-month, the magazine said, citing a number of transportation and logistics reports.

Overall spending on logistics fell despite a slight rise in fuel prices. This marked the second straight year that the two trends have moved in opposite directions.

“There is a lot of volatility in the truck tonnage numbers,” said Sean Monahan, principal with A.T. Kearney, and the author of the highly respected State of Logistics report. “Contract rates (in truckload sector) are significantly below those in 2016.”

Consumers, not fuel costs, have become the dominant driving force in logistics spending, the State of Logistics report concluded.

All this is having a whipsaw effect among both carriers and shippers in their planning purposes. In short, throw most of your old ideas away as far as shipping patterns. E-commerce has rendered most of them obsolete, anyway.

In the truckload sector, carriers privately are reporting the slightest tightening of demand. But that hardly is translating into contractual rate increases as it remains a shippers’ market, they say.

Major carrier executives differ on the forecast for the so-called peak season (May through November), of even if there is a peak season coming.

“I am not so sure,” Pitt Ohio President Chuck Hammel told LM recently, “there is even a peak season anymore.”

But FedEx Corp. President and CEO Fred Smith, riding the crest of e-commerce wave on most of his operating units, respectfully disagreed on a recent conference call with investors.

“All I would say is … we had the best peak season in terms of service in the company’s history” Smith said recently. “So our operations folks did a great job of planning for it.”

Strong consumer demand and better supply chain efficiency explain the drop in inventory-to-sales figures, which have continued to fall after peaking in mid-2016. Companies are unsure of future demand, so they are holding inventory levels closer to actual sales numbers rather than stocking up in anticipation of future growth, according to the SoL analysis.