Wes Armour of Moncton-based Armour Transportation Systems, was one of 100 new appointments to the Order of Canada announced by Governor General David Johnston.

Armour, a member of the CTA and APTA, is just one of four recipients from the trucking industry to receive the prestigious honour.

Established by Her Majesty Queen Elizabeth II, the Order of Canada is the cornerstone of the Canadian Honours System, and recognizes outstanding achievement, dedication to the community and service to the nation. This year will mark the 50th anniversary of the order, as well as the 150th anniversary of Canada.

Selected for his leadership as an entrepreneur and for his dedication to the well-being of his community, Wes says is was humbled and surprised by the recognition. 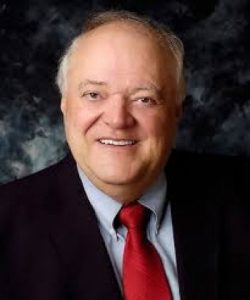 Wes grew up on his family’s farm in Taylor Village, a small farming community 20 miles southeast of Moncton. Having worked on the farm with his father, Gordon, during his earlier school years and later in trucking, Wes joined his father full time upon completing his formal education. In 1966, the business included a fleet of 10 straight trucks. Two years later Gordon Armour retired and Wes acquired the company at the age of 22.

Today, Armour Transportation Systems, one of Canada’s 50 Best Managed Companies, has over 4,000 pieces of equipment, 2,000 employees, 26 freight terminals and more than 700,000 square feet of public warehousing.

Wes has actively promoted the trucking industry in Canada through membership in both regional and national trucking associations. He is past president and current Director of APTA as well as past President, past Chairman of the Board and current committee member of the CTA.

In addition to Wes’ membership on trucking industry boards, he is involved with a number of private and public boards of other businesses and community groups.

“Contributing to the success of our economy has always been important to me,” he said, adding he’s heartened to know to help “large and small communities grow, particularly in Atlantic Canada.”