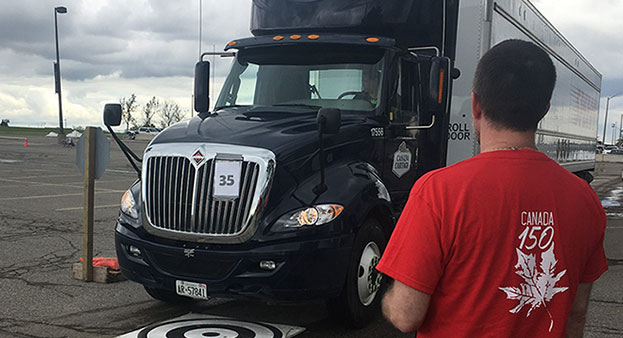 The grand champion award is given to the driver who scores the highest point margin above the average in his or her category. About 33 drivers took part in the driving championships, held at the Powerade Centre in Brampton, Ont.

Competing drivers completed a knowledge test, a pre-trip inspection under the watch of a Ministry of Transportation enforcement officer, and then tackled the obstacle course. Five categories were contested: straight truck; single-single; single-tandem; tandem-tandem; and B-trains. The top four drivers from each category will advance to compete in the provincial championships July 7-9 back at the Powerade Centre in Brampton.

James Taylor of Transam Carriers was named Rookie of the Year and YRC Reimer won the team award.

Read a full account of the event at Truck News.